After bezveze “LC” for $ 500 began to issue old passport 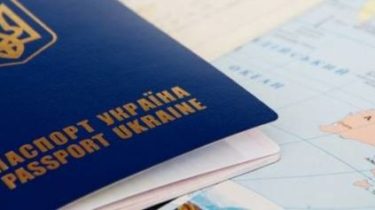 After the introduction of a visa-free regime between the EU and Ukraine in the occupied territories has dramatically increased the demand for passports.

“In the “internal Affairs of LNR” for a bribe in the amount of 400-500 dollars, you can issue the foreign passport of the old sample on the forms that are left in the migration service units after the occupation of the districts of Luhansk region in 2014. For more fasting the amount is the gluing photos in the passport of the citizens when they reach 25 and 45 years and is an invalid seal, also left at the time of the occupation,” – said in the message.

“Over the past two months recorded numerous facts of intentional damage “guards” “L/DNR” Ukrainian passports. With the passage of the KPVV in the Donbas are deliberately stamped with the arms of the pseudo-republics in the passports of citizens traveling from the occupied territories,” Tymchuk added.

Recall, in social networks began to appear EN masse groupoffered to residents of the occupied territories biometric passports for visa-free travel to the EU.