For “legends” attacked Osmayev used information about the deceased: details of the interrogation of the killer 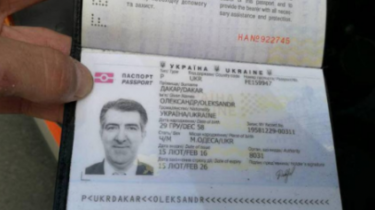 This was stated by the representative of the Ministry of internal Affairs of Ukraine Artem Shevchenko, reports 112.Ukraine.

For their own “legend” the suspect used personal information of a deceased person.

His life is not in danger, he can cooperate with the investigation and to testify.

According to him, the Keeper made a number of other crimes, including on the territory of Ukraine.

According to him, the Russian trace in the case of the attack is obvious.

Recall that the shooting occurred on 1 June in the capital’s Podil. Volunteers battalion “Kiev-2” Adam Osmayev, which in Russia is accused of plotting to assassinate President Vladimir Putin, Amina Okueva came to interview with the alleged French journalist. At the meeting, he pulled a gun and got to Osmayev. His wife Amina began shooting in the response of premium firearms and shot the attacker. According to her, he was a coward, and immediately surrendered.

After the attack Natspolitsiya took under heavy guard and Okuwa Osmayev, who said that the attempt on the life of her husband was not for the first time.