Four wounded soldiers. A day in the area ATO 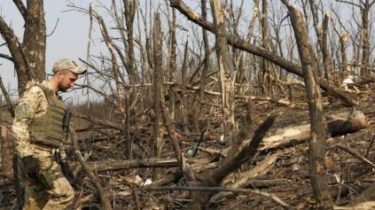 For the past day fighters 43 times opened fire on strong points of the APU.

Coastal areas. The rebels were beaten by the Ukrainian strongholds in the area of Shirokino, Water, Lebedinsky, Talakovka, Gnutovo, Birch, Marinka, Pavlopolya.

Donetsk direction. In the southern suburbs of Avdeevka fighters both day and night repeatedly opened fire on positions of AFU. They also fired at soldiers in the area of Kamenka, Zaytsevy and Novoluganskogo.

Lugansk direction. Hot just yesterday was again in the area Bakhmutskaya track – in close proximity to the Crimean. In addition, the militants carried out the shelling of positions of Ukrainian armed forces, near the village of Lugansk, Novozvanovka, Yellow, Old Aydar and Novoaleksandrovka.

Previously, the defense Ministry reported that last week 12 to 18 June in the East of Ukraine was liquidated 16 Russian militants and 39 wounded.