In India, the student discovered a new species of long-nosed toad 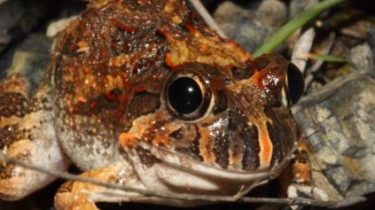 Indian researcher has discovered a new species of frogs of the family nose.

Sonali Garg, a postgraduate student of Delhi University found a new species after five years of extensive study in the Western Ghats – the hotspot of biodiversity in southern India. This species belongs to the group of Indian frogs or the genus Fejervarya.

The new findings will have a significant impact on the state of conservation of these frogs.

“We need to worry about the existence of these recently discovered frogs and to conduct further studies to assess their conservation status,” said Professor S. D. Biju, who led the study students.

Sonali said that “it was necessary to conduct more extensive research to define and describe the frogs of the Western Delegates”.

“These frogs already face the threat of extinction from various human activities,” she added.

Over the past decade in the Western Ghats has identified a number of new species of frogs, making the area one of the leading hotspots for biodiversity in the world.

New species of frogs that dig burrows in the sand, found in 2016. In the same year, scientists found unusual tree frog that was considered extinct for more than a century ago.

We will remind, recently in Zaporozhye thousands of frogs captured the village of Veselyanka. After dark they move on the roadway EN masse and move through the main streets than scare people.

Videoone of the villages of Zaporizhzhya region captured frogs