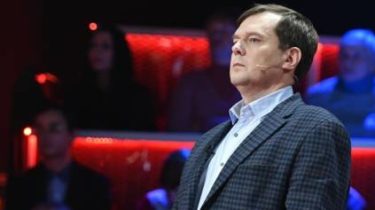 Today, June 20, in the Zaporozhye region security Service of Ukraine staged a number of searches of people’s Deputy from “opposition bloc” Yevhen Balytsky and his associates.

About it reports UNIAN with reference to sources in law enforcement bodies of the region.

In addition Balytsky investigations are the assistants of the Deputy and the head of his guards. Also, the security forces carried out searches of a number of MPs of Melitopol city Council from the “opposition bloc”, as well as members of the “Union of left forces”.

He Balitsky previously reported about the search in the house of the head of Zaporizhzhya regional Council Valery Gorban. The politician claims that his house was gone 10 armed with machine guns security forces, and the cause of action alleged prosecution in the arson of the doors of the city Council on may 20.

“Accused of anything, without even thinking. Only against me instituted 5 criminal cases, completely illogical and unrelated. There is only articles in the corruption of minors! The same pressures are deputies of a regional Council from the “Opposition bloc”, – quotes its words a press-service of representation of political power in Kiev.

As previously reported, people’s Deputy from BPP Boryslav Rozenblat security guard who was detained on a bribe of 200 thousand dollars, said about the searches of his assistants. The detention of their colleague, a politician calls revenge and the provocation associated with its activities, legalization of amber.