Gunmen wounded a Ukrainian soldier. The situation in the ATO zone 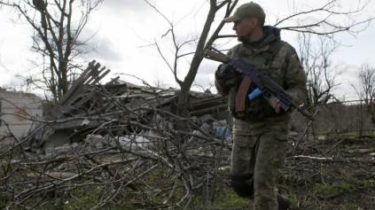 The direction of Donetsk. The militants fired in the area of Kamenka, in the suburbs of Avdiivka, near Verhnetoretskogo.

According to the President of Ukraine Petro Poroshenko the us media during his visit to the USA, on the territory of Ukraine now is more than 40 thousand Russian militants.