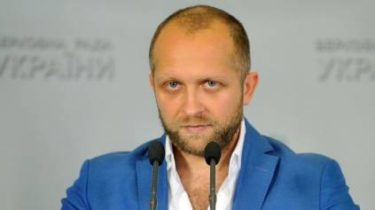 Accused of corruption in an illegal mining of amber deputies Boryslav Rozenblat from the bloc of Petro Poroshenko and Maxim Polyakov of the “popular front” called the case political persecution. Investigators say about a massive scheme involving both politicians, but they say that barely know each other, says the story TSN.19:30.

In this case already detained aides of both MPs. Poles claims that law enforcement seized a mobile phone of his wife. “Last time I talked Rosenblatt in the fall, today was looking for his phone to ask. The NAB is headed by Gopnik Sitnic and Uglava that are engaged in lawlessness and political persecution. Today they are destroying people’s front, because I’m telling the truth,” said Polyakov.

Videoanal Rosenblatt and Polyakov faces up to 12 years in prison

Rosenblatt argues that eve really talked to a woman named Catherine about amber and the bills, and when she went to the bathroom – in the restaurant came law enforcement officers. “I met her constantly, just advising, as a lawmaker, what are we doing for the legalization of amber, how it moves forward. Their activities I have described – as I struggle with the illegal production of amber. I in no way to any money is not relevant,” says the politician.

Individual episodes of the story of MP coincide with the version of the anti-corruption Bureau. They say that the company “Fujairah” from the United Arab Emirates have generously paid the parliamentary initiative submitted the required changes to laws and to influence the decisions of certain high-ranking officials regarding the mining. Rosenblatt was meant for 285 thousand dollars, Polyakov 7.5 thousand. 11 thousand dollars was to go through the Secretariat of the inter-factional group “Parliamentary control”. Detainees mediators – two guards, assistant Deputy and officials of the “Parliamentary control”: only six people.