“Dynamo” has denied the charges, the NBU about the impact on Privat 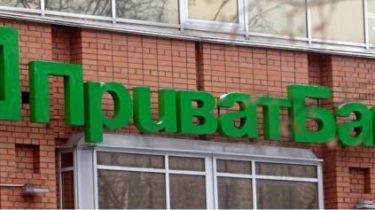 Football club “Dynamo” (Kiev) accuses the Deputy Chairman of the national Bank Ekaterina Rozhkova in discrediting and spreading false information. The NBU previously called sports society structure, which is associated with the previous owners of PrivatBank, says the story TSN.19:30.

Rozhkova made to PrivatBank stopped to lend, “Dynamo”, for which the club, according to his representatives, were in a desperate financial situation. The Dynamo released a statement in which he stressed that the club is solely a customer of the Bank and in no way related to it. As well as club President Igor Surkis.

Rozhkova reminded that even this was confirmed by the district administrative court of Kiev. The Dynamo have noted that the statement of “unsecured loan” to the Bank is untrue and the club pays for its liabilities properly. In the end, “Dynamo” said Rozhkova deliberately desorientiert public opinion and substitute the essence of the problem. “The only cause of problems in the relationship between FC Dynamo and PrivatBank are the actions of the NBU in the form of acceptance of the unreasonable decision of these persons”, – is spoken in the official statement of the club.

In the national Bank’s request of TSN at the time of the issuance of a statement of the club did not comment.