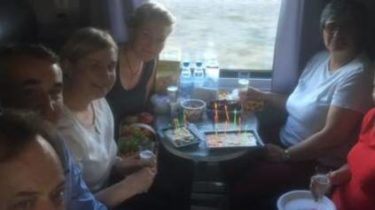 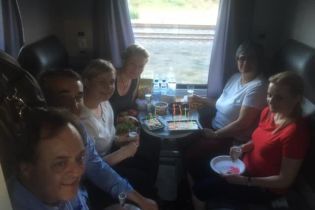 The ambassadors of the EU countries and member of European Parliament today, 23 June, visit the Donbass.

Ukrainian East he sent Anna Fotyga and Petrus, Australicus, who heads an informal group of friendship between Ukraine and the European Union in the European Parliament, and the ambassadors of Portugal, Croatia and Slovenia in Ukraine.

Published the first Vice-speaker of the Parliament Irina Gerashchenko photos EU officials are sent to the Donbass in a compartment. They intend to visit the plant and see the humanitarian, environmental situation and security issues in the conflict zone.

Previously Deputy head of the presidential administration of Ukraine Konstantin Eliseev in the air a political talk show, “the Right to Vlad,” said that during the visit of Petro Poroshenko in the United States Donald trump acknowledged the Russian aggression against Ukraine. The American head of state was shown the evident facts of suffering children after attacks of the Russians settlements, military badges and certificates. It struck trump that provoked an emotional reaction.

Videopad Avdeevka killed two of the defenders of Ukraine