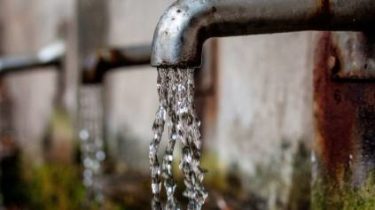 At the Yuzhnodonbasskaya aqueduct was revealed severe damage.

It was recorded by the drone of the Special monitoring mission of the OSCE.

The new tactics. Militants prey on cars on the roads and fired at vital facilities

“SMM UAV OSCE found a big leak on it is southern-the Donbass water supply system. Repair is vital for the 1.5 million people on both sides of the contact line”, – stated in the message.

1/2 SMM UAV #OSCE found a big leak at the South.-Donb. the water supply system. Repair ittv. important for the 1.5 million people on both sides of the line Sdn. pic.twitter.com/udIE0i11iR

According to the Deputy head of the OSCE SMM Alexander hug, the utility is ready to repair, and observers willing to contribute to and monitor the repair.

2/2 A. Hug: Kom.ENT. ready to repair, the SMM is to contribute to and observe people expect the execution of REM.work – parties ready?

We will remind that earlier, on 11 June, the Yuzhnodonbasskaya aqueduct was stopped because of a power failure pumping station first lift in the fighting. Under the threat of water army, Volnovakha, Dobrovolskogo areas and Mariupol.