With the city CHP-6 completely removed restrictions on obtaining gas, may soon have hot water 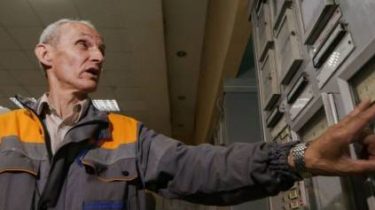 About it reported in Department of corporate communications of the National joint stock company “Naftogaz of Ukraine”, UNIAN reports.

Currently, the branch UMG “kievtransgas” made all the necessary preparations for the resumption of the transportation of natural gas for the needs of TPP-6 in full and is awaiting approval by PJSC “kyivgas” and the consumer’s readiness to accept natural gas.

As “Kyivenergo” Kiev tempers. Why in the capital, no hot water

“Despite the negative social consequences of limiting the supply of the specified CHP and seeking to prevent the imbalance in the power of Kiev and the region, the company has agreed to resume gas supply, although 61 million UAH of debt for the transportation of gas for producing electricity currently “Ukrtransgaz” received only 20 million. The total debt of PJSC “Kyivenergo” before “Ukrtransgaz” for transportation is about 330 million. This is almost half the debt of all heat producers to “Ukrtransgaz”, – stated in the message.

Note that on June 23, Kyiv city state administration sent the company a letter, which guaranteed the control over the execution of “Kyivenergo” in the period up to 30 June of the obligations on repayment of debts “Ukrtransgaz” in the amount of 41 million UAH.

This year in late may, “kievtransgaz”, structural subdivision of “Ukrtransgaz” and a subsidiary of “Naftogaz” has completely stopped the gas supply of the capital of TPP-6, which provides thermal energy to several areas of the capital, and also produces electricity. According to “Kyivenergo”, the reason for the cessation of the supply of steel accumulated debts for gas and gas transportation.

According to representatives of “Kyivenergo” the company’s debts was due to the fact that the state has not repaid the debts on subsidies that covered a portion of the expenses of the population on payment of utilities. 21 June in “Ukrtransgaz” has declared that is ready to resume gas supply to thermal power of Kiev, subject to payment of 60 million UAH of a debt.