Guzhva will make half a million a court-appointed bail – lawyer 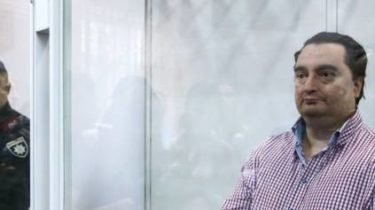 Chief editor of the newspaper “the Country.ia” Igor Guzhva tomorrow, June 26, will make a Deposit in the amount of 544 thousand, he appointed the Shevchenkovsky district court of Kiev.

About this on his page in Facebook said the Minister of justice of times of Yanukovych and one of socnetv Guzhva, Olena Lukash.

The court chose the Guzhva measure

“Igor Guzhva sends greetings and gratitude! Tomorrow will be the Deposit and soon he will be free”, – is spoken in the message.

After his arrest came two lawyers, but they are not missed in the editorial office. It turned out that one of the defenders Igor Guzhva in the room was still is the Minister of justice of times of Yanukovych Olena Lukash.