The Ukrainian military in the ATO neutralized DRG militants eliminated the commander of the Russian Federation, is detained 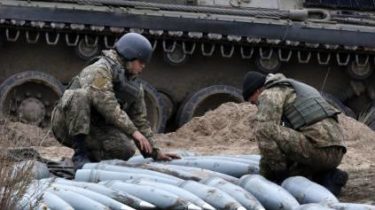 In the Donetsk region detained the informant “DNR”

“The Armed Forces of Ukraine, which perform tasks on assignment in the area of the Antiterrorist operation in the Donetsk and Lugansk regions, neutralized diversionno-prospecting group of the opponent”, – stated in the message.

Posted by the Press center of the ATO headquarters 25 June 2017 R.

Ukrainian military detained four militants. Two more – the commander and one of the saboteurs, who put up persistent resistance to fighters of anti-terrorist operation forces liquidated.

“During the detention of seized weapons PKM – 2 units, SVD – 2 units, the AK-74 – 2 units of RPG – 26 – 1 unit. Commenced investigations. The military Prosecutor of the forces of ATO carried out a procedural guide,” – said the headquarters of ATO.

We will remind, as of 6 am on 25 June, the situation in the ATO area remains tense. For the past day, June 24, militants 26 times used a weapon against the Ukrainian military along the line of contact.