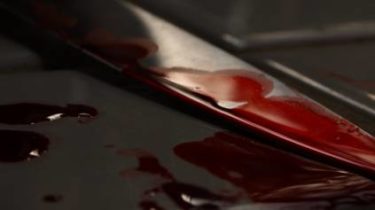 A mass brawl in the capital Hydropark escalated into a stabbing, which injured a soldier.

Now he is in serious condition in the hospital. The causes of the incident establishes a investigative team working at the scene.

According to preliminary information, the fight was attended by six people. Wounded – Ilya Vladimirovich, born in 1994, registered in Nikopol.

Another conflict in the hydro has turned into a serious fight, and later, and in General, in the stabbing. According to preliminary in…

Militiamen managed to detain the alleged assailant, who stabbed the victim being stabbed during a fight. According to preliminary information, he was detained in the hospital where he was hit with injuries. He found a knife.

We will remind that earlier the Shevchenkovsky regional court of Kiev chose a measure of restraint for the suspect in the murder of veteran ATO Sergey Oleynik , Anatoly Ciava. The crime occurred near the Golden gate in Kiev.

The suspect demanded that the man-the musician the money and threatened violence. For the victim of the attack said the father. Oleinik victim’s two fatal stab blow to the stomach and chest. The murderer was arrested on the roof of the 5-storeyed building opposite.