How much it costs to drive a used car from Europe: the experience of the TSN 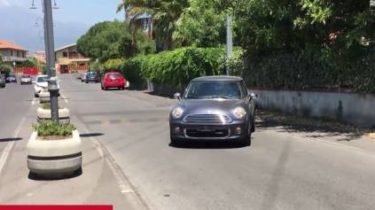 In Ukraine, more than a million cars imported through the hole in the customs legislation. “Grey schemes” to give the opportunity not to pay for customs clearance and buy used cars several times cheaper than on the domestic market, says the story TSN.19:30.

The journalist on his own experience tried how easy or difficult is it to import a used car legally from Italy to Ukraine. Car MINI One 2012 model year with 1.6-liter petrol engine, manual transmission and a mileage of 38 thousand km was purchased from the owner for 4 thousand euros. To formalize the agreement is still cost 50 euros. Additional expenses – coverage for five days are given to the owner of the car on paper the transit room to leave Italy. It is still 250 euros.

Videoexpert TSN: after the customs clearance of foreign cars in Ukraine, the cost has almost doubled

The advance payment for customs clearance was 1800 euros – the payment need to show when crossing the Ukrainian border. The road took almost 550 euros – it is petrol, ferry, accommodation at hotels and the like. The border was passed quickly, customs clearance in Kiev took two days. According to the customs, the car is a thousand euros more expensive than was actually purchased, so the buyer had to pay the difference in taxes – additional 300 euros. Additional examination of compliance with the standard Euro-5 pulled from the pocket of the driver 50 euros.

The spending is not over because there is the registration of cars in Ukraine. It is 200 euros for pension collection, examination, reconciliation of data of car and license plates. In the end, the legalization of car needed € 7,200. On the Ukrainian sites of ads are the same machines offer more than 9000. Therefore, difficulties with self-importing makes sense.