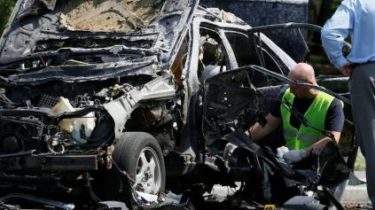 Loud murder of the Ukrainian intelligence Colonel Maxim Shapoval will remain undisclosed. This opinion was expressed by former head of the service Alexander Skipalsky, says the story TSN.19:30.

According to him, in the morning of the tragedy most likely traced Russian trace, however, we cannot completely exclude the version about revenge of disgruntled colleagues. However, in that the truth in this matter is established, Skipalsky believes. “I think that our law enforcement agencies will track, analyze, investigate and nothing will open, not revealed until now. I see no precedent do not see the results achieved over the past five years,” he said.

The former head of the foreign intelligence service Mykola Malomuzh stressed that the safety of Colonel ought to take care and intelligence, and he did. The reasons for the assassination, according to experts, can be different and personal, and working, and enemy sabotage. However, none of them justify the fact that the security forces lost more than polukilogrammovy (in TNT equivalent) a bomb under the driver’s seat of an official car of a senior scout. Malomuzh explains that the security forces are corny relaxed, which is unacceptable in a country that is at war.

Meanwhile, officials are not releasing any details about the job duties, professional activities and life of Colonel Shapoval. Just like not comment on the investigation killed in a similar way a few months ago, the Colonel of the SBU Alexander Kharaberyush in Mariupol.