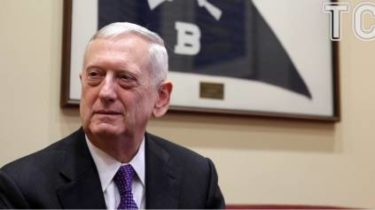 Minister of defense James Mattis has accused Russian President Vladimir Putin that he committed the “crime” of Russian borders.

About Mattis said in his speech to a group of students at the ceremony of the 70th anniversary of the Marshall Plan, which made possible the reconstruction of war-ruined Europe, reports Voice of America.

According to the head of the Pentagon, Putin has challenged the international order established after the Second world war.

The Mattis reminded about the aggression of Russia against Ukraine and interference in the American presidential election of 2016.

The US defense Secretary also assured the NATO allies that the administration of Donald trump to support a military Alliance, despite the lack of cooperation from some member countries.

We will remind, the Minister of defence of the USA James Mattis supports the preservation of sanctions against Russia.