Contribute to the intelligence services of the Russian Federation: Poroshenko responded to the petition on “Vkontakte” 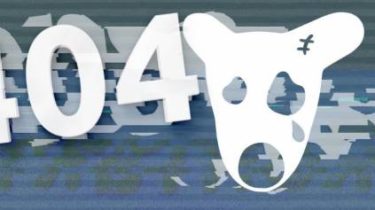 The President of Ukraine Petro Poroshenko responded to the e-petition concerning the abolition of the blocking of “Vkontakte”, which was signed by 25 of 359 people out of 25 thousand is necessary.

The President considers it “impossible” sustaining the petition.

According to him, is prohibited in Ukraine “Vkontakte” and Mail.ru “widely used by the Russian secret service to promote Russian propaganda and special information operations against Ukraine and its citizens”. These companies contribute to the Russian security services in collecting, storage, use and dissemination of information with restricted access – personal data and personal correspondence of citizens of Ukraine.

The President is convinced that the content of these resources is directed to “attempt to manipulate public opinion through the dissemination of incorrect, incomplete or biased information, the promotion present, unfortunately, in Ukraine protest anti-Ukrainian potential of its involvement in anti-national actions and riots.”

Poroshenko also said that the group of companies “Mail.ru Group” and “Yandex” has implemented proactive measures to block the activities of the Ukrainian advertising companies on the Internet and monopolization of the market of online services.

Video settings whose interest was to close the Russian social network

We will add that earlier in Kiev had closed the office of the Russian social network Vkontakte.

We will remind, on may 15 the President of Ukraine Petro Poroshenko signed a decree enacted the decision of the Council of 28 April 2017 “On the use of personal special economic and other restrictive measures (sanctions)” in respect of a number of Russian companies. For three years blocked the assets of Russian sites “Vkontakte”, “Classmates”, “Mail.”ru and “Yandex”, Internet providers are not allowed to provide access to specified resources.

Previously, the press Secretary of the Ukrainian representative office of “Vkontakte” Vlad Legotkin recorded a video message in which he commented on the blocking of social networks in Ukraine.

The Ukrainian staff of the Department consisted of eight employees. In Ukraine it was opened in 2012.