Explosion in Kiev: number of victims in the event of increased 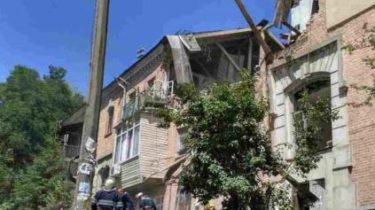 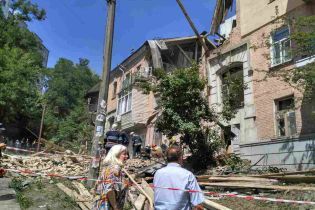 The number of victims of explosion in a residential building in goloseyevsky district of the city increased injuries to six people. Another woman known to have died from injuries. About it reports a press-the Secretary of police of Kiev.

A criminal case under article “Violation of established by legislation requirements of fire security”.

At the same time in gschs clarify that the three victims were taken to hospital and three refused hospitalization. The rescuers know that under blockages there needs to be another person – a guy who cannot move on their own.

“The explosion in the house patrolled. Police officers help local residents, communicate with witnesses and eyewitnesses”, – reported in the police of Kiev.

UPDATED On the site of the explosion in the house patrolled. The police assist the local people, communicate with witnesses and eyewitnesses. Investigators began criminal proceedings under part 2 of article 270 of the Criminal code of Ukraine – violation of established by legislation requirements of fire security. Unfortunately, from the got injuries the woman died, six others were injured

The explosion occurred in the house that the street Rodimtsev behind the hotel “Mir”. Eyewitnesses told TSN.iathat the sound was very strong, and from the blast even took a flyer out Windows in neighboring buildings.