Klitschko told about the creation Museum at Postal square 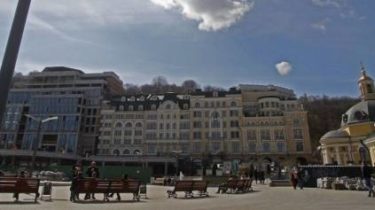 In KGGA reported that work on the establishment of the Museum at the Postal square continues according to plan.

This was announced by the Deputy head of the administration Alexander Spasibo.

He stressed that at the Postal square, there are some problems, but they will in no way affect the final result – the creation Museum.

“The Museum at the Postal square will be! Assure that work on preservation, study, conservation and museumification of the area of the coastal quarter of the XI-XII centuries are carried out according to plan. Funding in the amount of UAH 27 million the city has allocated. Today the process. To prepare qualitative methods of conservation of the site and a detailed concept of the future Museum archaeologists need time. This factor should also be considered”, – said the Deputy Chairman of the KSCA.

The official added that there are now problems with compliance, an appropriate balance between stroyraboty and archaeological works, which aim at the preservation of cultural heritage.

“These problems are solved in working order. The customer of works and the investor shall jointly develop technical solutions that will ensure the conduct of archaeological research,” – said Spasiba.

Now consider the possibility of conducting the international competition for the concept definition of the future Museum.

We will remind, the city authorities of Kiev will be forced to return to the findings on the Postal square. The petition for the preservation of archaeological sites at the Postal square scored 13 thousand signatures and must be considered in capital power. The authors of the initiative are the crew of the film “Ukraine. The return of history” led by Governor Galimova and Director of the Centre of archaeology Kyiv Mikhail Sagaydak.

They demand from the mayor of the capital Vitali Klitschko to save priceless historical artifacts and archaeological excavations at the Postal square. This place of the document’s authors believe it is very important for understanding the roots of the Ukrainian state, the history of the baptism of Russia and a source of possible future archaeological finds.

As reported in April, archaeologists discontinued excavations at the Postal square for the debts under the salary. In the absence of professional research finds a quarter of the XII century are bombarded with garbage bags.