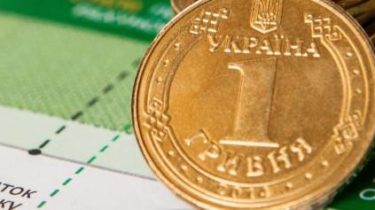 The national Bank of Ukraine did not see a significant improvement in the state economy, which reduces the discount rate. So it was left at 12.5% per annum.

The decision adopted by the Board of the regulator.

“Conducting a restrained monetary policy due to the need to mitigate risks to achieving the objectives for inflation. In June inflation in annual terms has reached a peak this year, after which it is expected to be a gradual decline. Actual headline inflation in June (15.6 per cent) was higher than the forecast of the National Bank due to a sharp rise in price of raw foods. Rising prices for meat and milk continued to accelerate due to high world prices and significant exports of these products. The growth of prices for fruits and vegetables have also exceeded the expectations of the National Bank. This was due both to the loss of yield, and changes in the methodology of display prices of fruits and vegetables during the calculation of consumer price inflation”, – said the NBU.

By the end of July and August, the regulator expects deflation – primarily due to the seasonal cheapening of fruits and vegetables. Therefore, at the year-end inflation is expected to decline to 9.1%.

The next revision of monetary policy and interest rates will be held six weeks later, on September 14.

Meanwhile in Ukraine can “burst” a dozen banks.