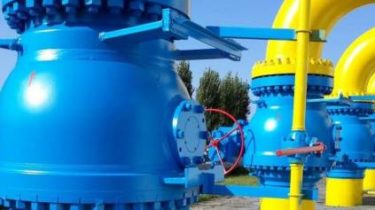 The largest state energy holding “Naftogaz of Ukraine” has started gas supplies from Europe through its subsidiary company Naftogaz Trading Europe S. A., which is registered in Switzerland.

In mid-July, “Naftogaz” received from his “daughter” on the border with Ukraine about 7 million cubic meters of gas. After a three-month break, “Naftogaz” resumed the purchase of natural gas in the British Shell Energy Europe Limited and Italy’s Eni Trading & Shipping (after a six-month pause). It is reported by OilNews with reference to the study of “Consulting group A-95”.

In General, for 2017 “Naftogaz of Ukraine” plans to import via Naftogaz Trading Europe S. A. of 1.7 billion cubic meters of gas (20% of planned annual imports). In accordance with the strategy of “Naftogaz”, all the purchases of imported gas is advantageously carried out via Naftogaz Trading Europe, with the exception of purchases on credit funds of international financial organizations (European Bank for reconstruction and development, world Bank).

In mid-June the Supervisory Board of “Naftogaz” agreed on the conclusion of the framework contract for the supply of gas from Naftogaz Trading Europe expected cost to 148,8 billion.

Note that Naftogaz Trading Europe S. A. is 100% subsidiary of “Naftogaz of Ukraine” and registered in Geneva (Switzerland). The company was established on the basis of Naftogaz Overseas S. A. in August 2016. Its Directors are Irina Mikhailenko, Yurii Vitrenko and Vladimir and Tomas. At the end of June, “Naftogaz” has increased the capitalisation of the company for 8.3 million dollars. Naftogaz Overseas was founded in 2012 to trade oil produced by “Naftogaz” in Egypt.

The head of “Naftogaz” Andrey KOBOLEV explained that one of the objectives of Naftogaz Trading Europe will seek loans from Western commercial banks the security of natural gas stored in Ukrainian underground gas storage facilities.