Generators and firewood with maize: near Avdeevka people learned to survive without gas 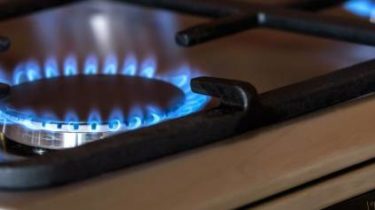 Without gas for almost two months living frontline Avdeevka and a dozen surrounding villages. In early summer there is a gas pipe damaged by the attacks, but militants still do not give the opportunity to fix it, says the story TSN.19:30.

People say that in such circumstances it is difficult to live – on cooking and spent a lot more time. Nina soup is cooking on a small hot plate, which was forced to buy after turning off the gas. “Yesterday was baking pancakes and a half hours. Not fry. Electric oven has an electric oven”, – complains a resident of the Town Nina Shramko. To that, networks are not designed for mass use electropay. “I can’t even include anything else, immediately cork knocks,” – says the woman.

Gas to the plant is from the occupied Donetsk, and Ukrainian Mariupol – the network in the region was built 40 years ago. In early June, during the shelling, a shell exploded near the pipe. Repair repairmen do not presume – I am afraid that at the moment when the pipe saruwatari, fighters on its territory will open the cover and can cause an explosion. No gas remain residents of the Town and eight villages. In Thin in addition, more problems with the light – it is often shut down. So people cook over a fire right on the street.

Uncle Lesha of the Thin never left, even when there were strong fights. Since that time, says already used. In addition to the pot in the yard for firewood, for cooking he has a kerosene stove, the gas tank to the nearest filling station and electric stove. “You can still use generators,” he advises. Cherry jam neighbor uncle Lesha Tatiana actually cooks on coals and the corn – kindles their old stove-mud hut in the summer kitchen. “As the gas was gone, so prepare,” she says.