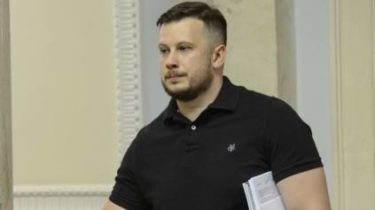 The MP and former commander of the regiment “Azov” Andrey Biletsky decided to run for President of Ukraine.

The leader of the “National body,” he said in interview “Censor.no.”

“If I went into politics, it is necessary to set a maximum goal. So Yes. Of course, have the (presidential ambitions – approx.ed.)”, – he stressed.

According to Biletsky, after the unification with IN “Freedom” and “Right sector” he seeks to unite the “national right wing”.

“I have a dream that there were absolutely all: “Freedom”, “Right sector”, “C-14″ we, Yarosh, etc. It will be the right position. I believe that nationalists should exhibit a single candidacy of the President and discipline to fight for it. I the solution of the three forces will fully comply and will do our best to help”, – he assured.

In addition, the MP said that he hopes for a victory in parliamentary elections.

We will remind, earlier the President of Ukraine Petro Poroshenko said that Ukraine will hold elections. The head of state supports the idea of early elections.