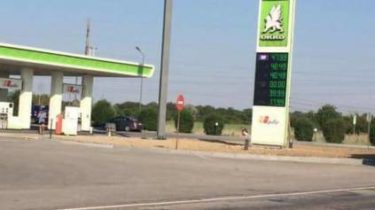 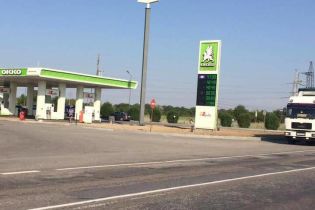 Network of petrol stations of Ukrainian brand “OKKO” continues to work in the occupied Crimea.

About this on his page in Facebook wrote a user Konstantin Bilzen.

He also published photos of the gas station under the guise of “OKKO” on the Peninsula.

According to him, the gas stations of the network in the Crimea are of Fishka loyalty card issued in mainland Ukraine. Thus only accept payment in Russian rubles.

The filling station workers told me that she continued to work and after the occupation.

And is the Crimea! And works great Ukrainian network of filling stations OKKO. War is war, lavesta turbid? And You, what do you think? So…

In a press-service “Concern Galnaftogaz” the publication said that the network of filling stations “OKKO” in the Crimea, immediately after the occupation leases. In addition, the “OKKO” has stopped deliveries of fuel and other supplies for these stations and shall not perform operating activities on the Peninsula. But, law the tenant is not granted.

“Despite the agreement and repeated demands regarding the dismantling of elements of the exterior of the gas station belonging to the group of companies “OKKO”, the dismantling of the tenant was not done in a long time. According to our information, recently, the dismantling of trade marks of group “OKKO” filling complexes of the Crimean finally be implemented,” – said the head of communications Maria Tito.

She also assured that the loyalty program Fishka on the territory of Crimea does not work.

On the question of who has leased the network of filling stations “OKKO” in the Crimea and on what grounds, the company has not responded.