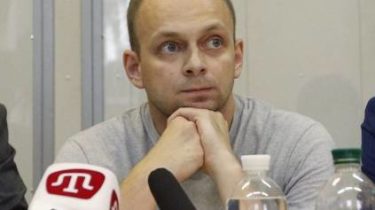 The court of appeal of Kiev left without changes the decision of Solomenskiy district court on the measure of restraint in the form of home arrest for former Deputy chief of the Department for investigation of particularly important cases in the sphere of economy – the head of Department on investigation of criminal proceedings in the sphere of economy of the GPU Dmitry Susa.

“The decision of the court of first instance was left unchanged”, – stated in court.

However, complaints of Specialized anti-corruption Prosecutor’s office concerning a more strict restraint with the alternative of bail for Susa, the court left without satisfaction.

The former Prosecutor of SUSU wearing an electronic bracelet media

We will remind, in April of the senior investigator for particularly important cases of the Main investigation Department of the Prosecutor General , Dmitry Sousa was dismissed for failure to state in their declarations.

SUS has not indicated in his Declaration for 2015 was on his Citroen C4. The returns for the 2015 and 2016 he has not specified information about temporary use of the room in Kiev, as well as the sale of cars Peugeot 406 and Citroen C4.

The former Prosecutor of SUSU wearing an electronic bracelet media

WM was involved in a scandal between the NABOO and the GPU, and another scandal – when issued on his 85-year-old grandmother a luxury SUV Audi Q7, and after the exposure declared a missing person’s report.

Also, the head of SAP Nazar Golodnitsky said that WM allegedly appropriated the property and didn’t put it in the search Protocol.

Previously, SUSU announced their suspicion, after which the court sent ex-Prosecutor house arrest for two months.