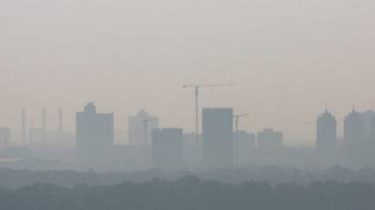 In KSCA warn about the probability of occurrence of meteorological haze due to the heat in Kiev.

About it informs the press service of the KSCA.

“As of 10 August, in Kyiv, observed weather conditions conducive to the accumulation and retention of contaminants in the surface air (meteorological haze)”, – stated in the message.

According to the meteorologist, the hot weather and pollution will continue until the end of this week. In KSCA note that August 9-10 exceeding the maximum values of MPC (maximum permissible concentration) of carbon monoxide is 1 to 2.6 in the areas of Bessarabia square, Demiivska square, Victory square, Obolonskiy Prospekt, street Academician Strazhesko, Dovzhenko and Sklyarenko in Kiev.

Earlier in Kiev has already banned to drive a big truck in the daytime, and also watered the road.

Note that in the capital were allowed to swim on two beaches.