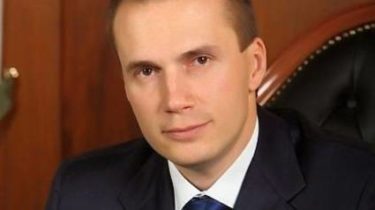 Elder son deprived the title of President Viktor Yanukovych, Oleksandr, has filed a lawsuit against the national Bank.

As noted on the website of Pechersky regional court, a complaint was registered on Thursday, August 10.

It is also reported that the essence of the dispute is the demand to Yanukovich to the Bank to pay damages. To consider will be the judge Larisa Sokol.

We will remind, Oleksandr Yanukovych owned 100% shares of “Ukrainian Bank of development”. November 27, 2014, the national Bank declared the Bank insolvent, which resulted in the introduction of the Bank provisional administration and the loss of Yanukovych ownership rights to 100% of its shares.

After this, Yanukovych’s son filed a lawsuit in the European court of human rights, citing his “inability to defend their legal rights in the Ukrainian courts, which are under pressure of the Ukrainian authorities and carry out political orders against its opponents.”

The police said, as the EU “froze” millions “families” Yanukovych. It turned out that in terms of rate August 10, in the accounts of the members of the “family” of Yanukovych in different banks in different countries of the European Union to “freeze” 280 million US dollars.