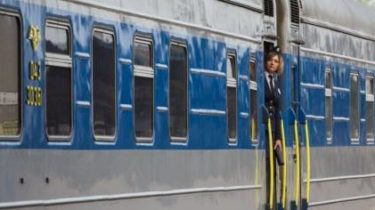 August 15, detectives NABOO under the procedural management of SAP prosecutors announced on suspicion of committing a crime to the officials of “Ukrzaliznytsya”.

In particular, officers suspected of abuse of office, committed on preliminary arrangement by group of persons, as a result of the State administration of railway transport of Ukraine has a shortfall of 10.2 million U.S. dollars in revenues (as of the date of Commission of the crime of UAH 97 million).

According to investigators, in early 2014, the suspects, using his official position, as members of the Tariff Commission, the State administration of railway transport of Ukraine, used, without the grounds in favour of a number of freight forwarders associations preferential tariff rates for cargo transportation.

That is, the officials determined that the tariffs will be reduced, if the carriers will carry out guaranteed traffic. Carriers the condition is not fulfilled, but the benefits were still provided.

The question on election of a preventive measure these individuals.

Earlier it was reported that “uz” steal from 10 to 15 billion UAH each year. This was stated by the Minister of infrastructure Vladimir Omelian. “According to my calculations, this company stolen from 10 to 15 billion hryvnia per year, even in this state. This money should be directed not into the pockets of individuals, and for the modernization, renovation company,” said Omeljan.