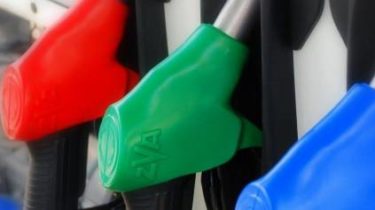 In Ukraine over the last month and a half the wholesale price of propane-butane grew by 63% and exceeded 24 thousand UAH per ton. This is an absolute record for all history of observations. Retail cost of this fuel will grow due to big supply shortages.

This is stated in the message of “Consulting group A-95”.

The cost of gas at the border has doubled that due to acute shortage of the resource.

“We estimate the gas deficit of 30 thousand tonnes, which is about 20% of the monthly needs of the market in this period”, – says the analyst of “A-95” Artem Kuyun.

Promptly to close the deficit can not, because there is nothing. Key manufacturers of Russia, Belarus and Kazakhstan are themselves experiencing shortages due to maintenance works at plants that have already led to the disappearance of free volumes in the market throughout Eastern Europe, particularly Poland. Import from the Western direction is also hampered by infrastructure constraints – the necessity of rearrangement of cars from narrow gauge railway on the broad.

Market participants also report significant delays in movement of wagons on the territory of Ukraine, especially in Odessa region.

“Due to the lack of locomotives and the delivery of wagons for loading to Romania and back takes about 40 days to work with as the shoulder is very risky and expensive,” – says Kuiun.

Low turnover of cars is also not possible to expand the efficient delivery of gas with the sea, where today the price is much lower than in Ukraine.

An additional factor in the destabilization of the supply may be a change in requirements of licensing of transportations of fuel. The authorities have already announced that from September 1 will require a license, but most companies do not have time to execute the necessary documents.

“Consulting group A-95” predicts that the gas shortage will continue until mid-September. This will encourage high wholesale prices and retail respectively. Based on the level of the wholesale price of 24 thousand UAH per ton, the retail price of autogas reached range 14,5-14,7 UAH per liter. Today, August 18, it costs an average of 12.17 UAH.

“High prices and the end of driving season will reduce the demand for gas, at the same time will be resumed the supply of imports, which will stabilize the market and lead to lower prices,” said Artem Kuyun.

How much more fuel at Ukrainian gas stations, read on Dnia this link.