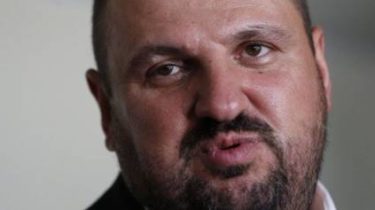 MP Boryslav Rozenblat has a residence permit in Germany, and registered in Dortmund.

This was stated by the Prosecutor of the Specialized anti-corruption Prosecutor’s office Maksim Kravchenko, reports UNIAN.

The Prosecutor reported about it during a meeting of the Solomenskiy district court of Kyiv, where is considered the petition for prolongation of a preventive measure for Rosenblatt.

In particular, the NEB received an official response from the German Embassy that Rosenblatt does not have German nationality but has a residence permit in Germany, and registered in Dortmund.

According to the report, this document gives him the right to unlimited time to live in the country.

“I’ll do it”: Rosenblatt said the court decision on measure of restraint

We will remind, in June, the NEB disclosed a scheme for the extraction of amber, which involved the people’s deputies Rosenblatt and Poles. Under the guise of reclamation of Zhytomyr region planned actual amber extraction and subsequent implementation through an offshore company where the founder was the sister of Rosenblatt.

The amount of bribes received in the said case is more than 300 thousand hryvnias. June 19, detectives of the National anti-corruption Bureau of Ukraine detained the security guard of the people’s Deputy from BPP Borislav Rosenblatt during receiving a bribe of 200 thousand dollars.