In Kiev, in the car found a dead woman 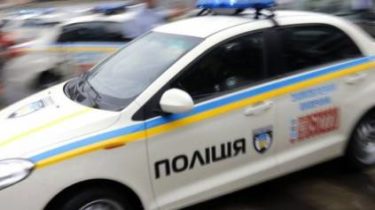 In the Shevchenko district of Kiev on the street Degtyarevskaya in the car the body was found dead from Kiev.

This is reported by GU of national police of Kiev.

“The identity of the deceased is established, it is – from Kiev, 1985 On the site of the discovery of the car with the dead woman works investigative team, which inspects, identifies possible witnesses and eyewitnesses”, – stated in the message.

In Kiev near a popular shopping center found the body

According to law enforcement, they are now visiting the surrounding area for the installation of CCTV cameras.

“Materials about the incident is properly documented. The cause of death of women will establish it is judicial-medical examination,” added the police.

We will remind, in Zaporozhye police uncovered the terrible murder of 16-year-old girl. In March 2015 the police about the disappearance of the girl said her mother. A few months later, in June of the same year, law enforcement officers found in the basement dug and filled with concrete corpse. The deceased was the same girl that was wanted by the police.