The U.S. state Department called the exact date of the Volcker meeting with the representative of Russia in Minsk 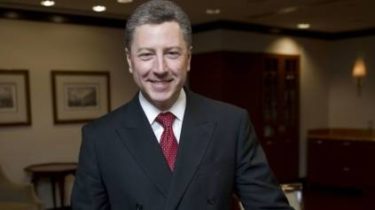 This was announced in an official statement, the US state Department.

Then Walker will go to Vilnius, Lithuania, to meet with senior government officials and to discuss ways of development in Ukraine.

“On 23 August, he arrived in Kyiv, where he will join U.S. Secretary of defense James Mattis at meetings with senior officials of Ukraine. Together they will discuss further steps in the diplomatic negotiations on the resumption of sovereignty and territorial integrity of Ukraine”, – said the US state Department.

We will remind, earlier the Minister of foreign Affairs of Russia Sergey Lavrov announced the appointment of Kurt Volker, a Russian presidential aide Vladislav Surkov during negotiations in Minsk.

As reported by the media, the parties will discuss the settlement of the situation in the Donbass and prevent the escalation of the conflict, in particular, one of the main topics will be the observance of the Minsk agreements by Ukraine and the “DPR” and “LPR”. However, the same media said that the meeting should take place in Moscow.