In Gorlovka locals beat up a drunken Russian military, who threatened with a weapon – intelligence 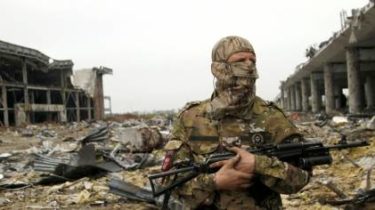 In Gorlovka locals made a “lynching” on a drunk Russian soldier, who threatened them with a weapon.

About it reported in a press-service GU of the defence intelligence of Ukraine.

“In the village of Gorlovka locals made the “lynching” of a soldier 3 separate motorized rifle brigade (Gorlovka), who, being intoxicated, violated public order, threatening personal weapons”, – stated in the message.

According to the scouts, as a result of beating of the Russian military received multiple contusions of the body, in particular, opened cherepno-a brain trauma.

We will remind, earlier near Mariupol the militants, the marauders shot a civilian. The occupiers are trying to substitute the APU.