In Kiev recorded a fatal case of the disease leptospirosis 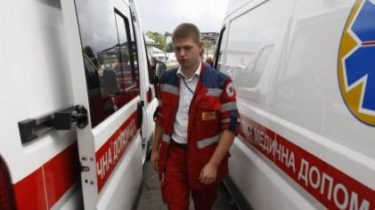 With the beginning of the year Kiev has registered eight cases of the disease leptospirosis, one of them fatal.

This “112 Ukraine” said acting Director of the Kiev laboratory center of the Ministry of health Sergey Chumak.

He noticed that the patient was initially self-medicating, and only on the seventh day, went to doctors. He was taken to intensive care, but it was too late.

According to Chumak, the patients temperature rises, there is a runny nose, then disease affects the kidneys, liver and cardiovascular system.

“Reservoir” in nature, this pathogen can be rodents, Pets, foxes. Leptospira are excreted in the urine, we put on our food, water, people can get sick while swimming or by eating such food, ” he said.

In the Kherson region two women were in intensive care, after eating on the beach dried fish

According to the report, the man died from leptospirosis on August 15, he was 40 years old, he lived in the Podolsk district and worked as a Builder.

We will remind, in August 2015 in Kiev from leptospirosis two people died. People catch the virus, in addition to swimming on the beaches, through contact with the dog and due care of the HOMESTEAD.