Provocative shelling and fire in the area of Avdeyevka industrial area. Digest ATO 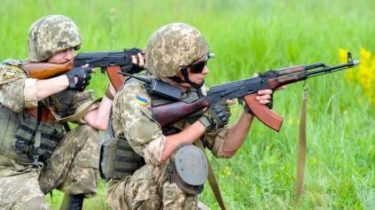 From midnight August 23, recorded four cases of the ceasefire violations by militants. These attacks were mostly nepriye and wore provocative.

On Lugansk direction militants twice opened fire from grenade launchers and small arms at Ukrainian strongholds near the Crimean. And about 13 hours, the enemy fired two mines of calibre of 120 and 82 mm in the area of Novoaleksandrovka.

#Topod the Construction of the press center of staff ATO as at 18.00 on 23 August 2017 national flag Day of Ukraine in the area…

Published by the Press center of the ATO headquarters, on 23 August 2017.

In Donetsk direction the enemy was beaten from heavy machine guns at the Ukrainian fortifications in the area of Avdeyevka industrial zone.

Almost all armed provocations, the ATO forces responded with aimed fire, so fire opposition was short-lived.