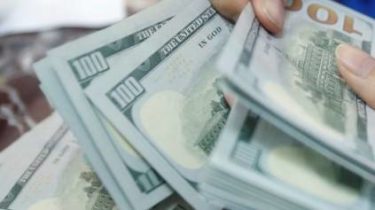 The national Bank of Ukraine has weakened the anti-crisis restrictions on foreign exchange market.

It comes as the foreign exchange operations of the population and the business and activities of banks on the interbank market.

In particular, August 24, individuals will be able to obtain cash in a foreign currency or Bank metals through cash and ATMs without any restrictions on the amount.

For banks, “simplified calculation of the daily limit of purchase of currency in one’s own position in the context of operations under the conditions of TOD, spot and forward”. The innovation is aimed at stimulating forward operations and further development of instruments for hedging currency risks.

Ukrainians began to actively take Bank loans and to carry money on deposits. An overview of the NBU

Also, will the weakening of the approach to savings (Deposit) certificates to bearer.

The next changes are related to the fact that the rigid rules that were introduced previously, due to the complicated situation in the banking market of Ukraine “has lost its effectiveness and relevance,” and their “mitigation will not affect the status of the foreign exchange market.”

“At the same time, the NBU added to the list of exceptions to the prohibition on early repayment of loans to foreign creditors in the cases when the shareholders of the non-resident lender who is the early repayment, is a foreign state or a foreign Bank. It is a foreign country must belong to the countries having an official credit rating not lower than category A, which is confirmed in the Bulletin of one of the world’s leading rating companies (Fitch Ratings, Standard&poor’s, Moody’s),” – said in gosregulyator.