The poles put on an electronic bracelet 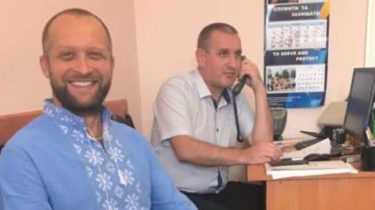 He reported about it on the page in Facebook.

“It’s been a month and a half since the first attempts by the NAB to put me in a bracelet. By trial and error, the fifth time, after consideration of all comments of my lawyers, which trained employees on anti-corruption to act within the law forced them to comply with procedure I, as a law-abiding citizen, put on electronic means of control” – wrote the MP.

In addition, the Poles handed over the “baton bracelet” Chapter NABOO Artem Sytnik.

Six weeks have passed since the first attempts by the NAB to put me in a bracelet. By trial and error in the fifth.