Downed son Shufrych in the centre of Kiev, a man is in intensive care in serious condition – media 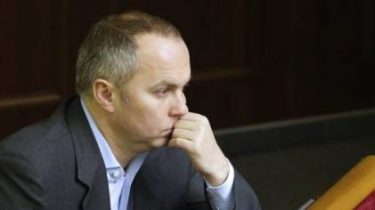 Injured in the accident, which occurred last night in the center of Kiev with participation of the son of people’s Deputy Nestor Shufrych, is in intensive care in an unconscious state.

First aid to the downed Shufrich Jr. provided the pedestrian was the son of the chief Rabbi of Ukraine

According to the publication, this land, he discovered a complex craniocerebral trauma. Now he’s unconscious.

“Medicines are the victim buys the man who passes them on the other side of the 17th hospital in Kiev”, – the publication adds.

It is also noted that in ICU no one is allowed, and the entrance is a young guy who said he was a neighbor of the victim. He, in particular, passed the phone to a doctor who told the victim’s father about his condition.

As it turned out, relatives of the downed men travel to the capital of Kherson.