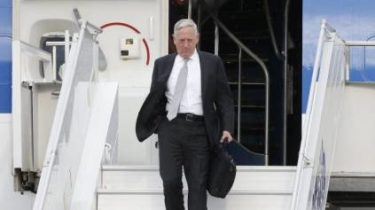 During a visit to Kiev on the occasion of the 26th anniversary of independence of Ukraine the Minister of defence of the USA James Mattis brought military equipment for the Armed forces of Ukraine.

This broadcast “Live” said the special representative of the US state Department in Ukraine Kurt Volker, reports “Interfax-Ukraine”.

“I agree that Ministers of defence do not come “empty handed”. The Minister of defence (Mattis) brought certain military equipment for the Ukrainian army,” said Walker.

However, he did not elaborate on what military equipment is involved.

Walker also stressed that the United States will never recognize Russia’s annexation of Crimea and the restoration of Ukraine’s sovereignty must be through security in Ukraine.

“The restoration of Ukraine’s sovereignty must be through security in Ukraine. In Kiev now must talk about how people should live, which are located in the East of Ukraine, now it is a very dramatic story,” said the special representative of the United States.

Walker also said that Ukraine is not ready for NATO membership.