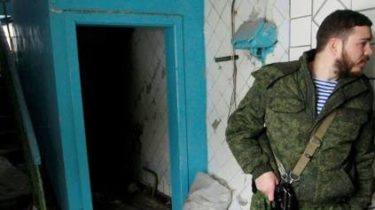 This is reported RIA Novosti with reference to the “Deputy General Prosecutor, “LC” Gregory, Revenko.

“In the Kamenobrodsky district of Lugansk in the night of 26 to 27 August 2017 there was a resonant murder of two persons, who were deputies of the “National Council of Lugansk people’s Republic”, – he said.

The so-called “law enforcement “LC” already opened a criminal case, carry out investigative actions and quickly-search actions for establishment of all circumstances of the offense and the individuals responsible.

Revenko, said that the criminal case is under personal control, “attorney General “LPR”.

Meanwhile, information on casualties and the circumstances of the crime “were not disclosed in the interests of the investigation”.

According to the “lug-info”, the murder took place in a private home.

We will remind, in February in “DNR” the explosion killed the commander of the battalion “Somalia” Mikhail Tolstoy, known under the Callsign “Givi”. It is reported by the mass media of the separatist “Donetsk news Agency” with reference to the so-called “Ministry of defense “DNR”.

“Today in 6:12 as a result of the terrorist act killed the hero of the DNI, the commander of the battalion “Somalia” Mikhail Tolstoy-Colonel, known as “Givi”, – stated in the message.

It is reported that the explosion occurred in his office.