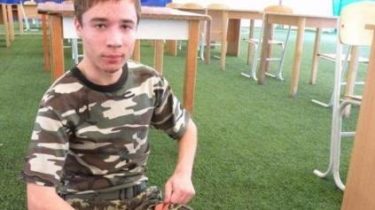 After the incident with the disappearance in Belarus of the 19-year-old son of Ukrainian officer by the Deputy Minister of information policy of Ukraine Dmytro Zolotukhin notes that any communication over the network “Vkontakte” may potentially contain a hazard.

“We reiterate that any communication through the network “Vkontakte” can potentially contain the danger,” wrote Zolotukhin.

He added that he met with the father of the missing 19-year-old citizen of Ukraine Pavel Mushroom.

Met with the boy’s father. The media provided information about the circumstances of the disappearance of guy. According to father, members of the…

“According to the father, representatives of law enforcement bodies of Belarus said that the guy is wanted on request of the FSB and accused of terrorism. The information is checked by the competent authorities”, – said the Deputy Minister.

Recall that the father claims that Paul Mushroom was detained by FSB officers in the Belarusian city of Gomel. There, he went on August 24 to meet up with a girl whom supposedly met on the Internet. It is known that the boundary he crossed without hindrance. And then his trace is lost.