The names of the two killed “deputies LC” 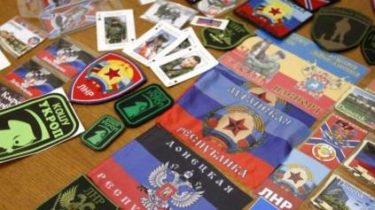 This is the website of the invaders “Lugansk information center”.

According to information posted on the online platform “people’s Parliament”, Krivonosov – born in 1956 – member of “the Committee of property and land relations, natural resources and environmental safety”, and Kuznetsov – born in 1970 – “engaged in” fiscal and tax policy of the occupied territories.

“From the first days of the war in the Donbass Anatoly Nikolaevich (Krivonosov) and Inna (Kuznetsova) faithfully served the Republic and our cause has made a significant contribution to the development of the state, to the very end defending the interests of the homeland and citizens”, – said the leader of the militants “LNR” Igor Carpenter.

Both separatist were added to the database “Peacemaker” for supporting militants. According to the site, Krivonosov before the occupation, in particular, worked in the office of the Ministry of defense of Ukraine accountant.

We will remind, in February in the explosion died odious commander of the battalion “Somalia” Mikhail Tolstoy, known under the Callsign “Givi”.