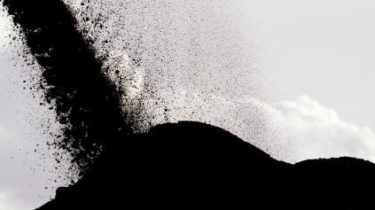 Ship from USA, loaded 62 tons of coal must arrive to the Ukrainian port “South” until mid-September.

This was told by Ambassador extraordinary and Plenipotentiary of Ukraine to the United States Valeriy Chaly, reports DT.UA.

According to him, the contract for the supply of coal was signed between an American company XCoal Energy and Resources and the Ukrainian state “Centrenergo” on July 14.

“Under the terms of the contract until the end of the year is expected to supply 700 tons of anthracite coal from the United States. It was planned that the first supplies will make 85 thousand tons. However, the senders were able to quickly find the ship a little less than 62 thousand tons, while downloading which I attended along with American high-ranking officials. Ship American coal last week left the port of Baltimore, will go roughly three weeks, so somewhere closer to the middle of September, you can expect its arrival in the port “southern” – said the diplomat.

He added that full information on deliveries to Ukraine of the shipments of anthracite coal has “Centrenergo”.

“What we know is the next batch of charcoal should be more, roughly 120 thousand tons and is expected to arrive in Ukraine in early October. It is expected the arrival of one or two vessels per month” – said the Ambassador.

Chaly suggests that in the case of the successful first phase of the cooperation, next year Ukraine can optionally purchase more American thermal coal (it was on the volumes to 2 million tonnes).

We will remind, in city of Yuzhny, Odessa region sea commercial port “South” 14 Aug started unloading the third bulk carrier (specialized vessel for the carriage of goods in bulk) of coal, which arrived from South Africa.