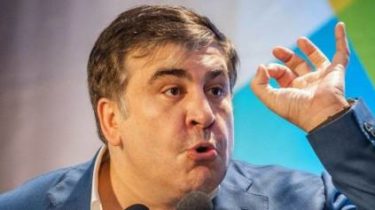 The lawyer deprived the Ukrainian citizenship Mikheil Saakashvili Paul Bogomazov savaniu that the politician did not receive a ban on entry to Ukraine. About it reports a press-service “Movement new forces.”

In the party, Saakashvili stressed that his counsel sent requests to the SBU, Netpolicy, the justice Ministry and the state border service of Ukraine concerning the ban on entry policy. In response, the SBU States that information prohibiting entry Saakashvili is not in Ukraine– that the information concerning the ex-head of Odessa regional state administration is absent in automated accounting.

Saakashvili said that he came to Denmark on the Ukrainian passport

The Ministry noted that the request for extradition of Saakashvili or sentences from the competent authorities of Georgia to the Ministry of justice were reported.

The guards, in turn, replied that he did not carry out the orders of authorized state bodies regarding the prohibition of entry to Ukraine of citizen Mikheil Saakashvili.

Photo responses to the request published on the page of DNS.

In Saakashvili’s party believe that the legal bases for preventing of crossing the Ukrainian border by Mikhail Saakashvili on September 10 at the checkpoint “Krakovets” no.

“Any attempt of law enforcement agencies not to allow Saakashvili to Ukraine will be considered criminal and those who violate the laws of Ukraine”, – stated in the text.

The ENTRY BAN SAAKASHVILI in UKRAINE is NOT, – the official answers from the SBU, Nacpac, the Ministry of justice and state border service ADV…

Published the MOVEMENT of NEW FORCES on 4 September 2017.