Attacks on isolated positions with machine guns and fire rocket-propelled grenades on the outskirts of Marinka. Digest ATO 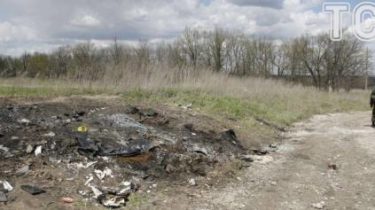 With midnight fighters 11 times opened fire at positions of the Ukrainian army.

The fighters continued single attacks of the Ukrainian positions mainly small arms and heavy machine guns. Midnight was the most turbulent at the seaside track. Here fighters twice from small arms and heavy machine guns beat on the strong points of the Ukrainian army on the outskirts of Talakivka and Water. In addition, the rocket launchers the enemy was working on the outskirts of Marinka.

#Topod the Construction of the press center of the ATO headquarters as of 18: 00 5 September 2017 to the present day situation in the area…

Published by the Press center of the ATO headquarters September 5, 2017

In Donetsk direction the enemy twice opened fire from heavy machine guns and small arms at Ukrainian positions near Zaytsevy and once in the industrial area of Avdiivka.

On Lugansk the direction the criminals fired from a grenade launcher ATO forces in the area of the Crimean. Midnight illegal armed groups 11 times opened fire at positions of the Ukrainian army.