The Fund started the liquidation process of another commercial Bank 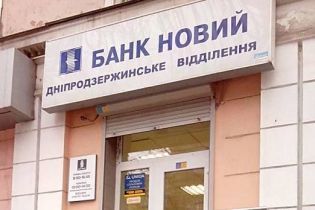 The Fund of guaranteeing the deposits of individuals began the process of liquidation of a commercial Bank “New”. The procedure will last for two years.

Liquidator of the Fund was appointed lead professional for the settlement of insolvency of banks of the Department of implementation procedures interim administration and liquidation of the assets management Department Alexander Goulet.

Recall, the NBU has recognized “New” insolvent 13 Jul 2017. The main shareholder of the financial institution is the state enterprise “Design Bureau “southern” named after N. To. Yangelya” – 18,33% of the shares. In terms of assets he was at the 58th place among 90 of the Ukrainian banks, which then worked on the market.

Shareholders of the “New” took the decision on its liquidation. But the regulator has acknowledged it is insolvent because of the violation of requirements for regulatory capital.