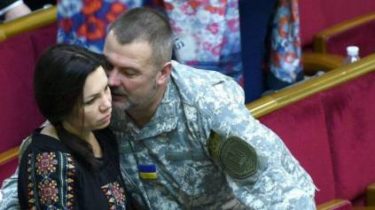 Journalists of the program “Pennies” showed the personal correspondence of people’s deputies during the sessions of the Verkhovna Rada.

While the people’s Deputy from BPP Sergey Kaplin took selfies with his colleagues, his girlfriend Catherine sent him a WhatsApp salutation with a funny nickname is “pig”. On the question of whether the people’s Deputy from some childhood nickname, answered in the affirmative, but the details are not revealed: “Yes, it was, let it remain a secret.”

And radical Vasil’chenko at the meeting send a warm message: “I never wrote, never said such words. Look at the photo where you sit in the car and imagine something… I’m sick too. Rather, I want” can be seen on the screen of his smartphone.

Again. Dobkin Jr. booked a tour for 135 thousand Euro and was acting weird in the Parliament

The people’s Deputy from “popular front” Yuri Birch, as it turned out, writes his “little girl” : “My little girl. Good dreams”. Noticed the journalists that the recipient of such messages to smartphone the MP is signed as “Anastasia Geni Polonsky,” although the wife of the Birch name is Tatiana. Mysterious Nastya sends the message MP even at twelve-thirty at night.

“Pleasant dreams before you go to sleep. I would have no one to be awakened. Corrected, sir,” he see on his smartphone screen.

To remember a friend named Nastya MP could not, and says that he has many subordinates. But if they get enough sleep, he doesn’t care.

Earlier, in Parliament, there was a scandal because the personal correspondence of the people’s Deputy from “Samopomich” Andrey Miroshnik, where he plans a vacation in the Maldives worth more than 10 thousand euros. In addition, the MP during the meeting corresponded with his mistress. After the scandal , the politician put the mandate of the Deputy.