Enemy activity in the coastal areas and the fire fighters near Zaytsevy. Digest ATO 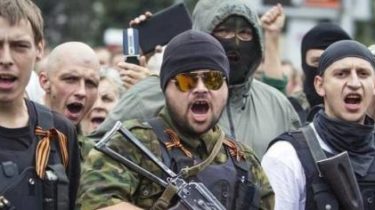 Today, the main enemy activity was recorded in the coastal areas, in particular in the area of Lebedinsky.

Fighters 6 times fired from different types of grenade launchers, heavy machine guns and small arms at Ukrainian strongholds. In addition, the enemy used weapons on the outskirts of Shyrokyne and Water.

In Donetsk direction twice under fire from small arms was hit Ukrainian fortifications near the mine Butovka and Zaitsev.

#Topod the Construction of the press center of staff ATO as at 18.00 on 6 September 2017, the Situation in the ATO area from pocha…

Published by the Press center of staff ATO 6 September 2017

On the Lugansk direction the only shelling Ukrainian reference point from a grenade were about 13 hours in close proximity to the Crimean.

Since the beginning of the day fighters 13 times opened fire at positions of the Ukrainian army. Losses among the Ukrainian military no.