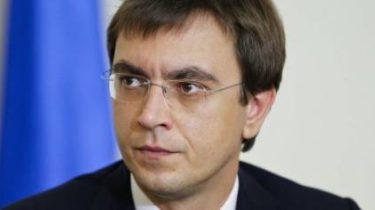 The Minister of infrastructure Vladimir Omelian denied buying a luxury car Maybach. This car is worth almost three million euros, according to a story TSN.19:30.

During the year the producers will produce only 136 of these machines. The names of their future owners, among whom were the wife of Volodymyr Omelyan, published on the eve of the Ukrainian media with reference to the French tabloid l’express.

Omeljan commented on the suspect from the GPU, which announced media

However, in an interview with TSN, the Minister of infrastructure has denied this information. “This is absurd. On the other hand, I’m glad because that called sky-high price, which even for the Ukrainian oligarch, apparently sensitive. I told them exactly is not. If I had the money to put them in some normal business, and did not buy some crazy toys,” – said the Minister.